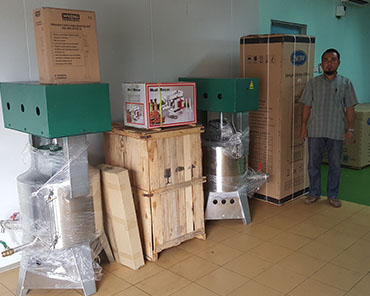 SDSI policies created by the Malaysia government aim to assist local entrepreneurs in their business. Tracing back prior the establishment of SDSI policies in Malaysia, this activity can be found in voluntary activities by residents, rather than activities led by central or local governments.

It started in 1961 in Japan when their people in tiny village started to produce agriculture products which were strongly recommended to produce at that time. The movement subsequently evolved into second stage which set its target on human resource development, and then into third stage which placed emphasis on 114 improvement of the living quality. Japan introduces “One Village, One Product “(OVOP) with the objective is to provide an important model of success, encouraging local residents to unearth economic resources within the regions with their aims to develop local industry with the global outlook.

Given the fact that the OVOP schemes have been adopted as a major policy by China, Philippines, Malaysia, Cambodia, Mongolia and Thailand. These scheme also has been implemented in various African countries in their own context as part of economic assistance from Japan.

View all posts by admin609

Sunwins Power founded by qualified consultants who has more than 20 years of experience in the industry. We are distributor and trader of industrial machinery, equipment supplies and parts & tools.